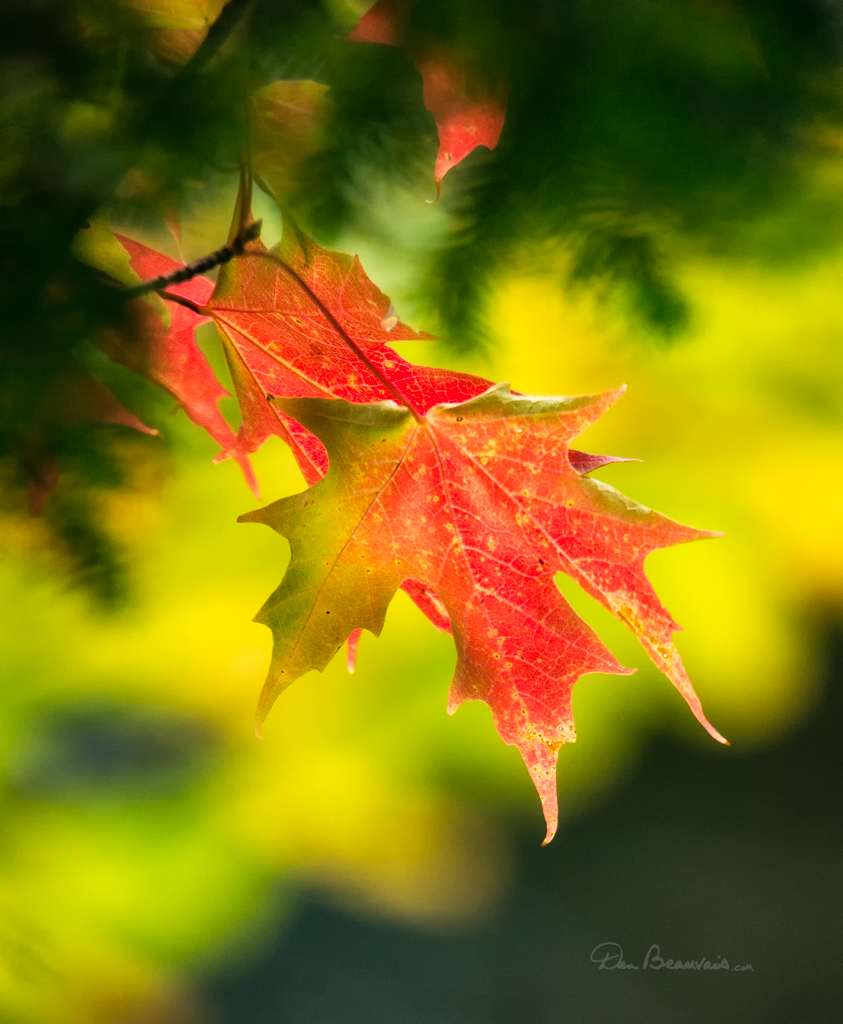 Muse (verb) – to think or meditate in silence, as on some subject.
Muse (noun) – the goddess or the power regarded as inspiring a poet, artist, thinker, or the like.
– Dictionary.com

I’d seen it several times before. A sign for a trailhead to a waterfall. Thirty minute hike in, it promised. With a tripod and other photo gear, and my less than ideal physical conditioning, I mentally doubled it. An hour in, and an hour back. And I didn’t know if the place is any good. So often, rather than chancing two hours, I just blew it off. I rationalized that there was a sure thing, right beside the road, a few miles up.

But on my New Hampshire foliage trip this year, I allowed myself more time. Time to explore. To make the less usual images. I took the chance and hiked in. My estimate proved accurate. Was it worth the time and effort? Oh ya! I shot variations of that waterfall for about three hours. It was that good!

But the waterfall is not what this article is about.

After dozens of good compositions, the “Now What?” crept in. We’ve all been there. At a great location, but the ideas stopped flowing. Surely, there’s more there, but I stopped seeing it.

I’ve been shooting nearly 40 years, and have heard many bits of good advice. I’ll share one of them.

I put the camera down, and sat on a rock. Just sat there, taking in the entire atmosphere. The sounds. The scents. The feeling of the air. Faced in a different direction. No cell phone. No conversation, especially since I was the only one there. No chimping images on the camera. I sat quietly, and let the location surround me. It took twenty minutes or so. It’s taken longer, other times. Let it.

New details started emerging. Alternate compositions. Alternate techniques. Completely new subjects. It’s amazing how The Muse spoke to me. I just had to stop and listen.

This incredible splash of color was right over my shoulder! Until I mused (v), or let The Muse (n) guide me, I was too busy photographing a waterfall to see this great opportunity.

I periodically share thoughts about photography. Subscribe here for occasional notifications about new articles. Easily unsubscribe at any time. Wishing you good light!